Many of us are trained to BE NICE.

It starts in early childhood and gets reinforced repeatedly, as we grow up.

There IS a lot to be said for the value of this two-word training.
The two words are a catch-all for:

Behave appropriately
Be polite
Remember your manners
Don’t be a brat
Stop screaming or yelling
Behave in a way that works with siblings and friends
No fighting in the house
Don’t mouth off at me or talk back
Stop making excuses for what you did or didn’t do, that you should or shouldn’t have done

More….  (notice that what’s mentioned above, are things best learned as children.)

All of these instructions are important learning for a human, to allow us be able operate and cooperate in a workable way in society.

There’s a place where the BE NICE training fails; where being nice becomes a LIMIT, a hindrance, in dealing with some situations effectively.
The BE NICE mandate puts a very low ceiling on being effective in adult situations, particularly in the arena of business.

Some people are terrified of being perceived as NOT NICE.

So they tolerate things that don’t work.

They step over (stuff,) again and again.

They live with being upset.  (“There’s nothing I can do.”)

What’s invisible in that context, is that there are many other ways of being that people are able to bring to bear:

You have the full spectrum of Ways of Being available to you, at all times.
Consider that rather than defaulting to BE NICE, you’re also able to BE:

What’s most important?  You get to say. 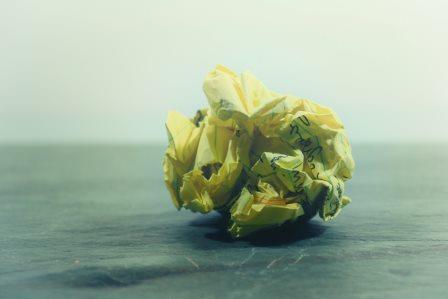 What have you been stepping over?       (Photo: Steve Johnson)